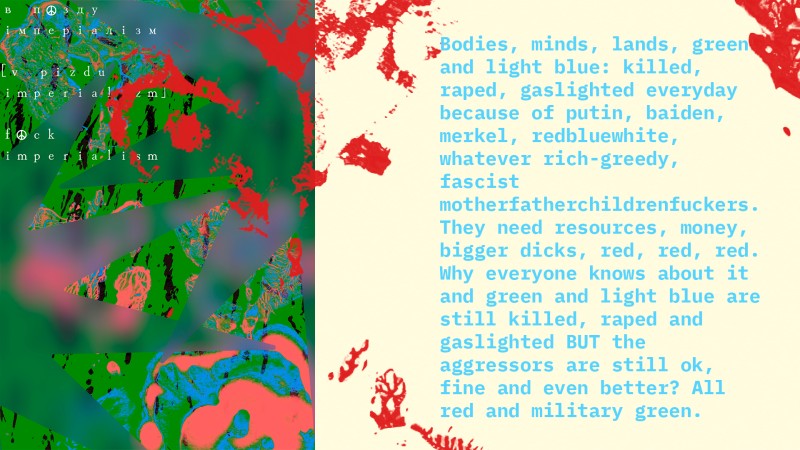 I made this poster and wrote the text next to it 2 days before fascist Russian Federation supported by Republic of Belarus bombed Kyiv, Kharkiv, Berdiansk, Odesa, Mariupol, Zhytomyr and Boryspil and attacked the boarders from sides of Luhansk, Sumy, Kharkiv, Chernihiv, Zhytomyr and Crimea. Even though Russian army invaded Ukraine 8 years ago, and all this time we have wad in Ukrainian East and Crimea, I refused to believe that Kyiv can be bombarded. You can see on that poster: symbols of pacifism cautiously cover letters of swearing. 2 days after I made it, my close friend instructed me on how to use some weapon, so I could protect myself from Russian saboteurs and war marauders in Kyiv. This text is my (personal) experience of the first 2 weeks of war in Kyiv. 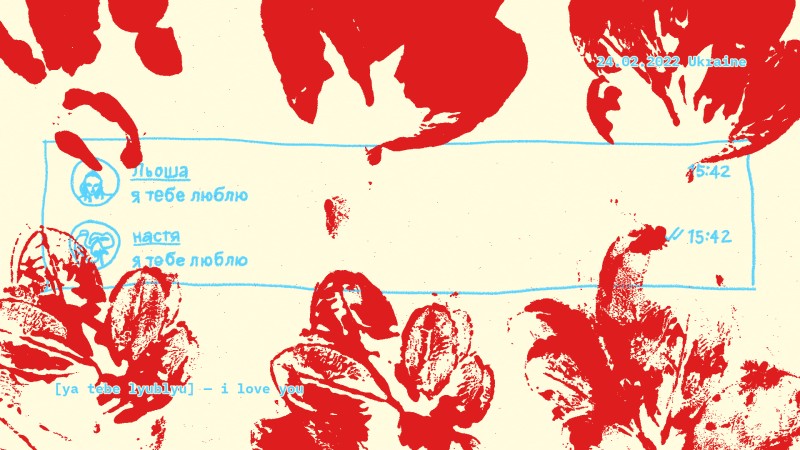 On the second day of Russian large-scale invasion of Ukraine, I had a feeling that I couldn’t wake up. Everything felt surreal. Morning of the first day is imprinted in my body forever. I see it even now like a video veeery-slooowly-looooping in my head: my roommate R wakes me up and says that martial law is declared in Ukraine and that Russian soldiers are bombing Ukrainian cities. I’m bursting into tears, we hug and I ask him: are you going to work? Only when I hear my words I understand how stupid it sounds, because there is no work anymore. He leaves with friends. My partner O is in another town with his family. I’m shocked, alone, shaken, completely disoriented, scared to stay, scared to leave, scared to move and scared to stay in one place more than for 10 sec. I watered plants before I left my home but forgot to shut off the gas pipe. Video is ending here. Rest of the day: reading news, hearing the siren, the siren, the siren, texting with O: “-the siren is on. maybe because of 4 ballistic missiles launched from Belarus in the south-western direction.-where is it?-it’s where I am.” and every minute that I waited for those missiles to hit somewhere in south-western direction lasted an hour, everything was slow down. It’s kind of a time trap that I have experienced many times since that first attack. On this day I lost senses of peace, safety and home. 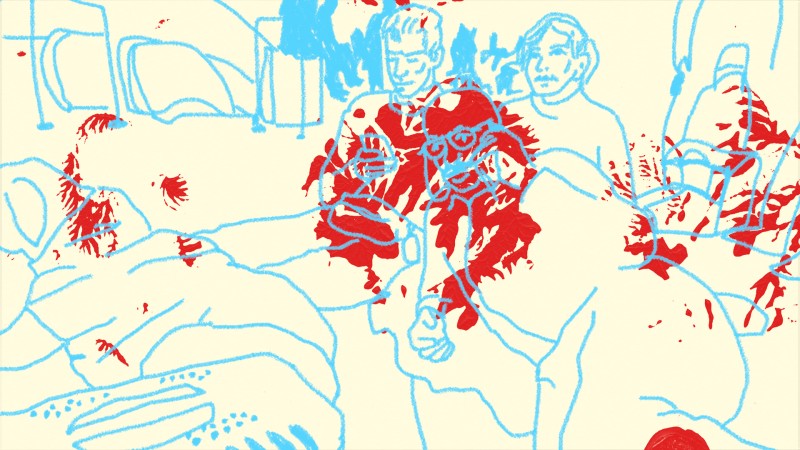 Ukrainian word for February is “лютий” – [lyutyy] and it means “fierce”. On the “second day” or the 25th of lyutyy I felt less and less panic and fear but more anger, rage, fury. There was more and more news about fierce Ukrainian soldiers and civilians successfully repelling the attacks of Russian war criminals, stopping tanks just with their bodies and destroying Russian military equipment with molotovs. I was texting with friends and all of us were telling each other how shocked and proud we are. I suggest that Ukraine was no longer a country with an inferiority complex to it’s “older brother Russia” but finally straightened (her) “back”. That was the time of adrenalin and euphoria. I lost all my projects and moved all files to the folder “PEACE” and didn’t open it once yet. New folder “WAR” was getting bigger everyday with new pictures and texts, I tried to find all possible ways to be useful. We were learning solidarity inside Ukraine, helping each other with requests that were absolutely new for us. Like evacuations, bringing food to the subway, rescue a cat or a hamster from abandoned flat. 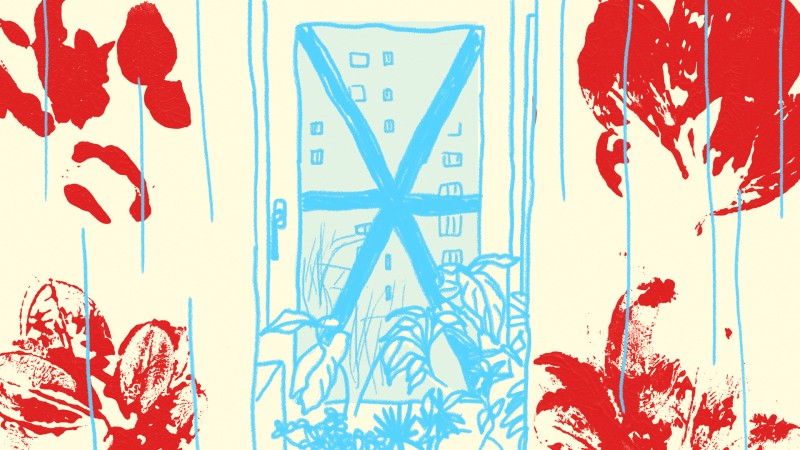 I was slowly learning how to live in wartime, constantly trying to find an answer to the question “should I leave or should I stay?”. I received dozens of messages with the same meaning: “Leave now! Before it’s too late”, the terror in Mariupol, Bucha, Rubizhne, Sumy, Borodianka and Hostomil and many other places also “was telling” me the same. And my gut was telling me: “Stay, otherwise you’ll go crazy, you will give up”. Necessity to choose and answer this question every f* day paralyzed my body. Week before this nightmare began and the air was already electrolyzed, I felt that my home is my body too. And for someone who was raised as a desireless object — to gain and save a body with agency and own will was also a question of survival. And now I made a decision to sacrifice the safety of this body in order to save my mental state. Was I saving myself or risking for nothing? — hard to say. I guess my body was already torn to pieces by Russian soldiers, and there was no way to save it in previous condition. I have chosen to stay. I must add — I had a privilege to choose. 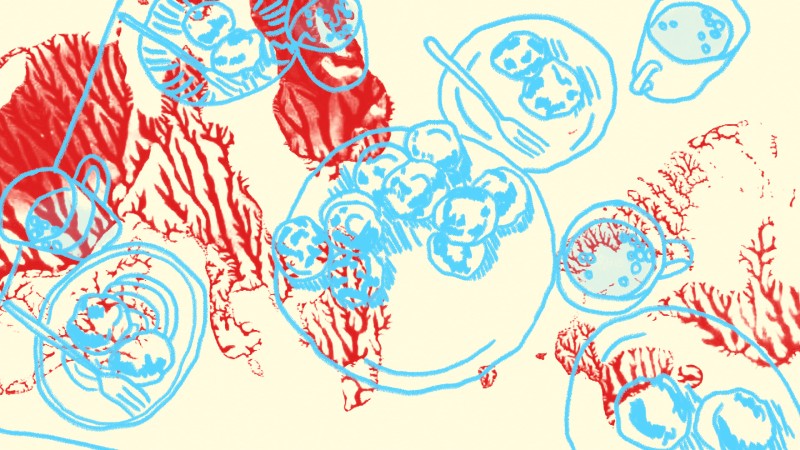 On the 8th day, I moved to a new place with my girls-comrades. Then, one of us had to leave to help her sister with a newborn. On the 10th day we rescued a hamster and he became our talisman and the source of laughter. We builded our new war mode of life, making pancakes and talking about strategies and plans B, C, decorating our corridor (the safest place in case of bombardings). Meanwhile collecting donations, delivering food, products and medicine to elders and people in need and collecting stuff in abandoned apartments of friends who left. There was one night — when Zaporizʹka Nuclear Power Station was on fire shelled by Russian army, we were texting with O — thanking each other for everything and saying goodbye in calm surrender to the fate. 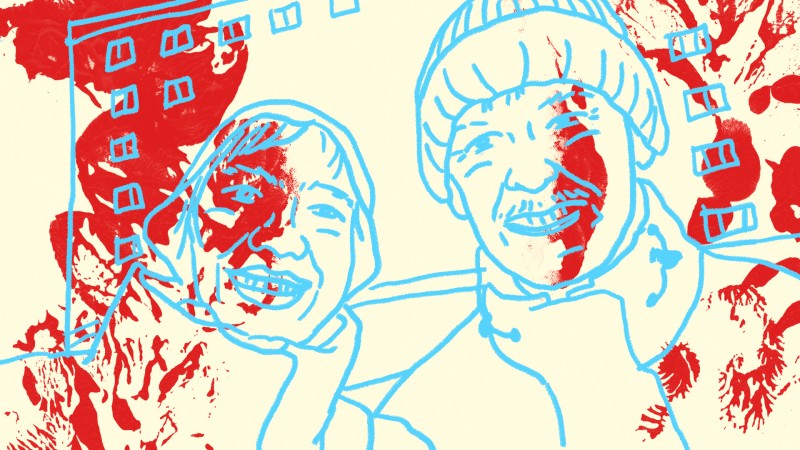 On the 11th day, I returned to my abandoned apartment to water the plants and pick some stuff for myself and O in case of complete evacuation. I’ve collected our jewelry, postcards, stickers, small gifts from friends, toys, vibrator (with hope for an orgasm one day) and 1 book for each — things which you won’t be able to buy and replace. On my way to the subway I met my classmate, who is a surgain in the hospital near my home. Then I’ve met my dear friend — one of few who stayed in Kyiv and we shared a cigarette. I saw how my city changed over these 11 days, with barricades and special defense constructions everywhere, in past so noisy and full of life it became dark and silent. 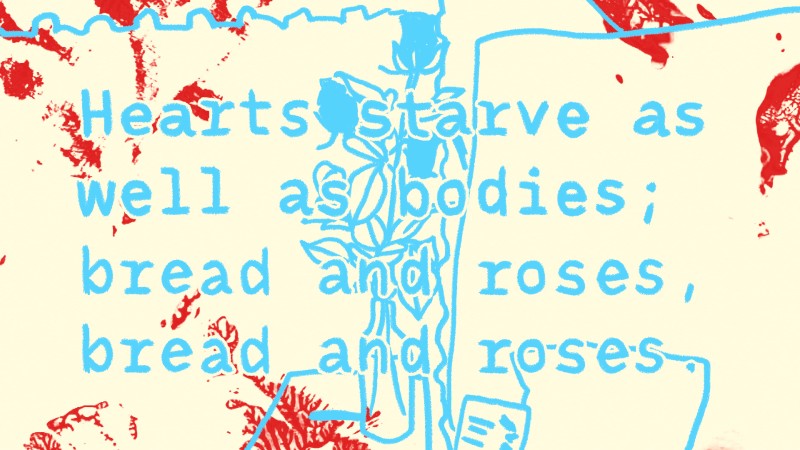 The 13th day was March 8. Year ago we had a party and everybody was singing “Bread and Roses” in Russian on repeat. This year we didn’t have a chance to do it, all scattered in different cities. I was singing it alone, crying and thinking about D who is now stuck in Mariupol without electricity, food, water and with constant shelling for a week already. We only hoped that our friends and their relatives are still alive. My brother brought 3 roses to me and my new flatmates, though I would appreciate a gun more, but we fight for roses too. 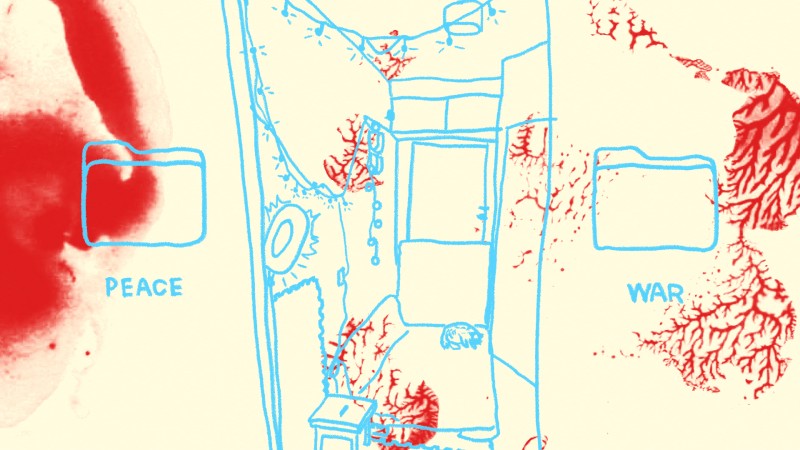 After two weeks I learned to live with the rhythm of the sirens. They are telling me when and where I should smoke or eat. They are telling me what I should do — the dishes in the kitchen or work on the computer in the corridor. They are telling me about the scale of safety I have. My body lives in war mode now, and probably will even after winning. I hope soon we will start to tear the tape off our windows and will end the imperialism, this war and all wars.

❗❗A T T E N T I O N ! ❗❗Warsaw!
HELP TO STOP THE WAR-MACHINE CALLED RUSSIAN FEDERATION — it will save thousands of innocent lives.

❗❗A T T E N T I O N ! ❗❗Helsinki!
ISOLATE RUSSIA FROM OTHER WORLD — it will save thousands of innocent lives.

❗❗A T T E N T I O N ! ❗❗Paris!
HELP TO STOP GENOCIDE OF UKRANIAN PEOPLE — it will save thousands of innocent lives.

❗❗A T T E N T I O N ! ❗❗Berlin!
TAKE RESPONSIBILITY AND ISOLATE THE WAR-MACHINE CALLED RUSSIAN FEDERATION — it will save thousands of innocent lives.

❗❗A T T E N T I O N ! ❗❗Tokio!
START THE PROCESS OF DERUSSIASATION! — it will save thousands of innocent lives.

Though it won’t save those we have already lost. And won’t save our forever broken souls.